Olamide responds after Burnaboy called him out for owing him drinks

YBNL founder and rap maestro, Olamide Adedeji has reacted after Colleague, Burnaboy, called him out for owing him a lot of expensive drinks.

Burna Boy had earlier announced that he might not be releasing a new album anytime soon but would focus on ordering ‘Azul’ drinks anytime he goes to the club.

In another tweet, he revealed that Olamide owes him a lot of enjoyment after Ramadan. He also disclosed that the “Rock” crooner owes him over 40 bottles of Azul.

“After Ramadan na @Olamide go Gbemi Trabaye. Him dey owe me like 40 AZUL. I need all.”

Reacting, Olamide took up the gauntlet and replied saying, “Lol we gather de“. 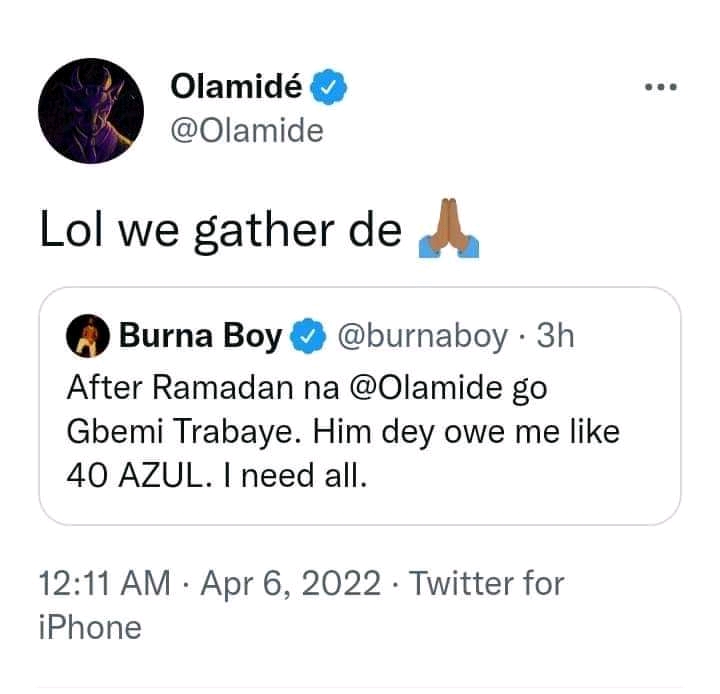 The post Olamide responds after Burnaboy called him out for owing him drinks appeared first on ENTERTAINMENT.

Disney Slammed For Being Too Expensive, Competitor Offers Vacation For “Half The Price”