Singer Olakira breaks silence on reports of Mummy G.O being his older sister 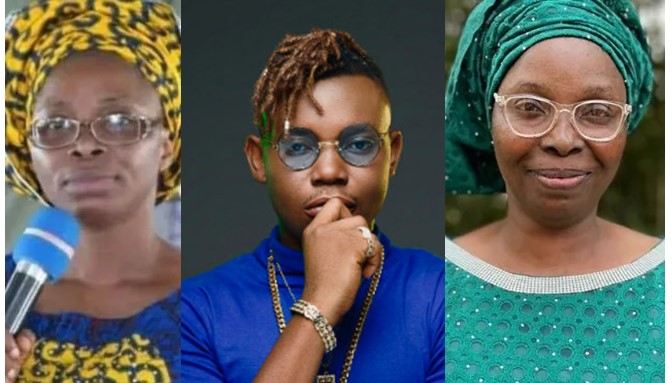 Popular Nigerian singer, Olakira has confirmed that he is the brother to sensational pastor, Funmilayo Adebayo nicknamed Mummy G.O.

It was reported yesterday that an inside source told Instablog9ja, that the ”In My Maserati” hit-maker is the younger brother to the controversial clergywoman.

Pastor Funmilayo of the Rapture Proclaimer Evangelical Church of God became became popular after some videos of her hell-threatening sermons went viral.

Speaking in response to a fan’s tweet, Olakira confirmed that they are related. He however, added that despite her warnings and teachings, he will make Heaven.

He responded; ”Yes she’s my sister and na heaven I dey go” 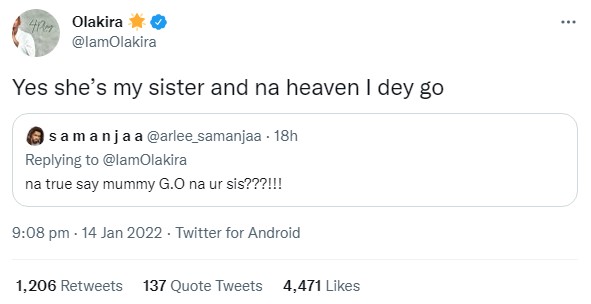 The post Singer Olakira breaks silence on reports of Mummy G.O being his older sister appeared first on ENTERTAINMENT.