Stop comparing my craft with anyone, I am incomparable – Toyin Lawani brags 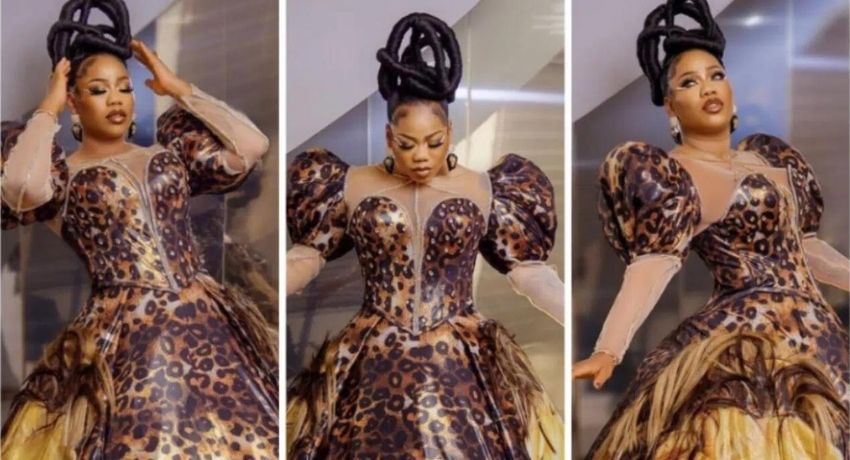 Celebrity designer and stylist, Toyin Lawani has blown hot at those pitching her designs with others.

The CEO of Tiannah Place Empire described herself as incomparable as she bragged that no one can compare what she does with anyone.

Toyin Lawani was left infuriated when many doubted that she styled the actors for King of Boys 2.

Taking to her Instagram page, the stylist laughed off their comment as she bragged about being incomparable.

She promised her haters that they would be shocked when they see her on the red carpet of MetGala as that’s when they’ll realize that she’s legendary.

She however stated that she isn’t in competition with anyone as she is in her own world. Toyin Lawani wrote:

“Someone said They didn’t know I styled the King of Boys 2. I laughed so hard. You kids are still playing with this legend right here, Don’t worry we will meet at MetGala.

That’s when you will know what you people have that you are playing with. The truth is you can never compare what I do with anyone. I don’t compete, I’m in a world of my own, There’s only one TIANNAH in this world, God knows I wish everyone well, Even when they copy my styles, I overlook, But na don’t compare my craft to anyone, What I do is ART. IF YOU WANT TO BE BE YOU HAVE TO BE REBORN. Never stop hyping yourself cause no one will”.

The actress and entrepreneur who loves to keep a low private splashed millions on nairas to acquire her new ride. A friend of the actress shared the news online as she praised the actress. Read details here.

The post Stop comparing my craft with anyone, I am incomparable – Toyin Lawani brags appeared first on ENTERTAINMENT.