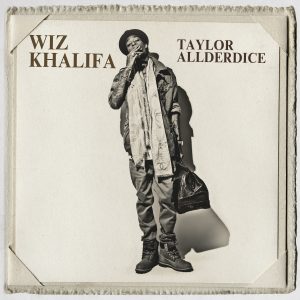 Wiz Khalifa and Rostrum Records commemorated the tenth anniversary of the release of Taylor Allderdice, his famous mixtape from 2012. The mixtape is out now, in honor of the milestone and every stoner’s favorite holiday, 4/20, offering fans the chance to listen to blog era songs like “My Favorite Song,” “California,” and “Mary 3x” on their favorite streaming service.

The tape includes production from some of the era’s greatest beatsmiths, including I.D. Labs, Sledgren, Cardo, and Big Jerm, as well as lyrics from Taylor Gang performers like Chevy Woods and Lola Monroe, as well as the Kush God himself, Smoke DZA. Taylor Allderdice also highlighted Wiz Khalifa’s relationship with the newest Taylor Gang signee, famed rapper/producer Juicy J, who collaborates with Wiz on four tracks on the mixtape.

You can stream the mixtape below.